Your choices for fencing include; iron railings, concrete and some plastic fencing materials, but most fences are built using wood to hold them up. I’m going to be talking about fencing stakes, which are un-milled, (not sawn square), roughly six foot with a pointed end that is driven into the ground. The most commonly available choices for fencing stakes are sweet chestnut or something called “pressure treated softwood”. I’ll lay my cards on the table and admit I prefer the natural sweet chestnut and less inclined to favour the chemically soaked softwood alternative.

Basically, treated softwood is pines and spruce that are commercially grown but naturally less durable. To improve their usable life they are put into a vacuum to remove the air from the wood. Then chemicals are squirted into the vacuum chamber which are sucked into the wood when the pressure normalises. The chemicals  are toxic to insects, fungi and bacteria that might otherwise consume the timber.

Do you really want to push a chemical stick into your land, not really knowing what affect it might be having on the environment? I’m not so keen!

Another reason not to go for treated softwood is that it’s marginally more expensive to buy, and eye-wateringly more expensive to dispose of when it needs replacing. These pressure treated softwood stakes only last between five and twelve years in my experience. Lots of people are complaining that the modern stakes have different mixes of chemical in them, resulting in them becoming more brittle and snapping after just a four or five years. Once your pressure treated softwood stake has snapped, it’s costly to dispose of. Due to its toxicity, treated softwood is classed as Hazardous Waste, and like asbestos, you must comply to legislation when disposing of it.. Burning is illegal as it releases harmful chemicals, and if left to rot those chemicals leach into the ground. You need to pay specialist waste contractors to dispose of your broken softwood stakes and the going rate is currently around £900 per tonne. I bet you’re a bit more interested in the virtues of sweet chestnut now!! 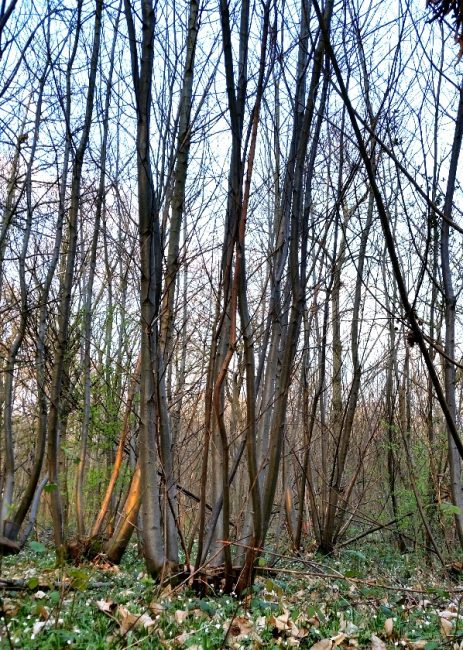 In an ideal world you’ll be able to source your sweet chestnut locally, cutting out transport pollution as well as avoiding those nasty chemicals mentioned above. It’s pretty much the ultimate in being a renewable resource as once cut from the woods, it re-grows again. It grows in areas known as coppice coupes or stands. Coppicing means cutting something down in the expectation that it will re-grow again. Ash, hazel and chestnut are commonly coppiced for various products.

Coppicing is really good for all sorts of woodland species. Imagine you coppice (cut down) the area of half a football pitch.

In the perfect scenario, the foresters will coppice a tenth to a fifteenth of their woodland at a time so there is always a harvestable crop and always great areas for nature.

OK, great for the bugs and birds…..what else? 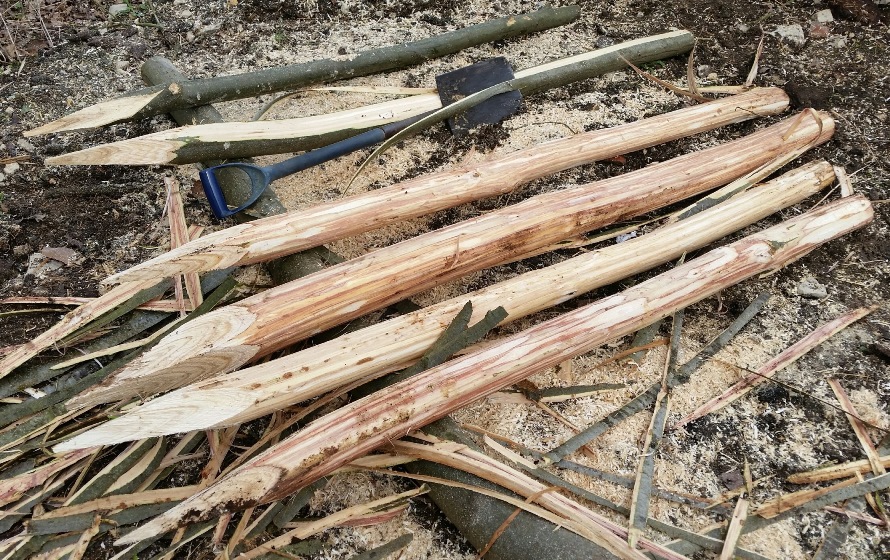 Peeling stakes with a sharp garden spade. The peelings make good mulch in the garden, surprising weeds and retaining moisture in the ground.

If the chestnut stake is too big, it can be easily split into smaller stakes when it’s green. Splitting along the grain doesn’t compromise durability in the same way as milling through the grain might. This process is known as clefting and has been practiced for thousands of years. 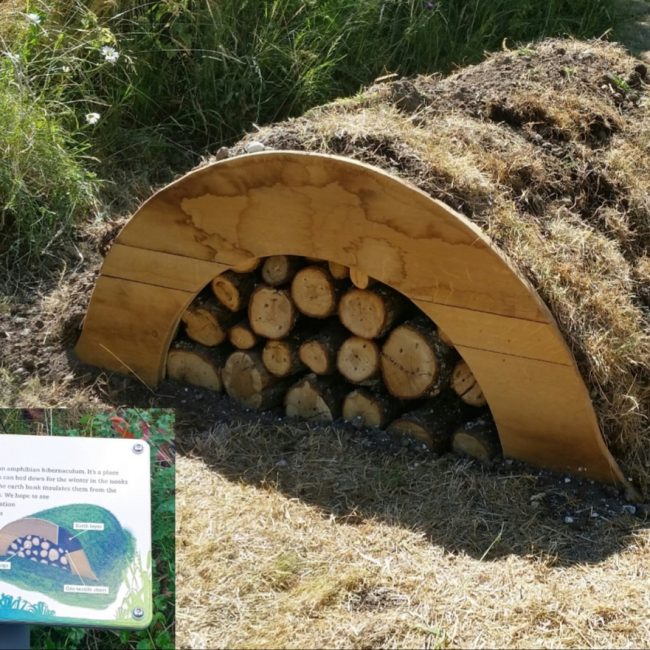 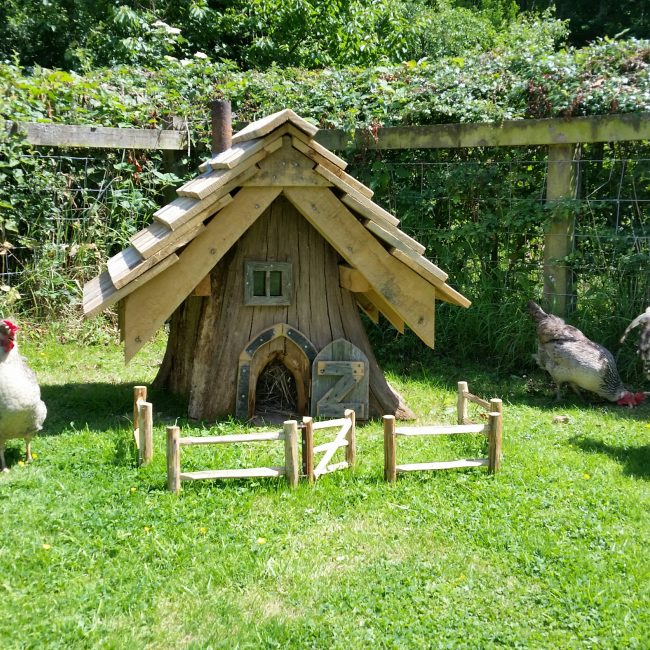 Building a Hedgehog House or is it a Fairy House?