How to Prune your Orchard

There are lots of contractors and tree surgeons who can prune trees to make them look balanced, cutting back the crown, (crown = branches). I’ve met several home owners who’ve proudly shown me their orchards, informing me their local tree surgeon has done a fabulous pruning job. More often than not, the pruned trees resemble toffee-apples. A nice round crown of branches on a trunk. Worst still are those people who prune everything back to the main branches every year. I’m always amazed the trees survive this treatment year on year. It must deplete them of so much energy, having to sprout new branches and leaves every year. No wonder they don’t grow much fruit, they’re exhausted!! 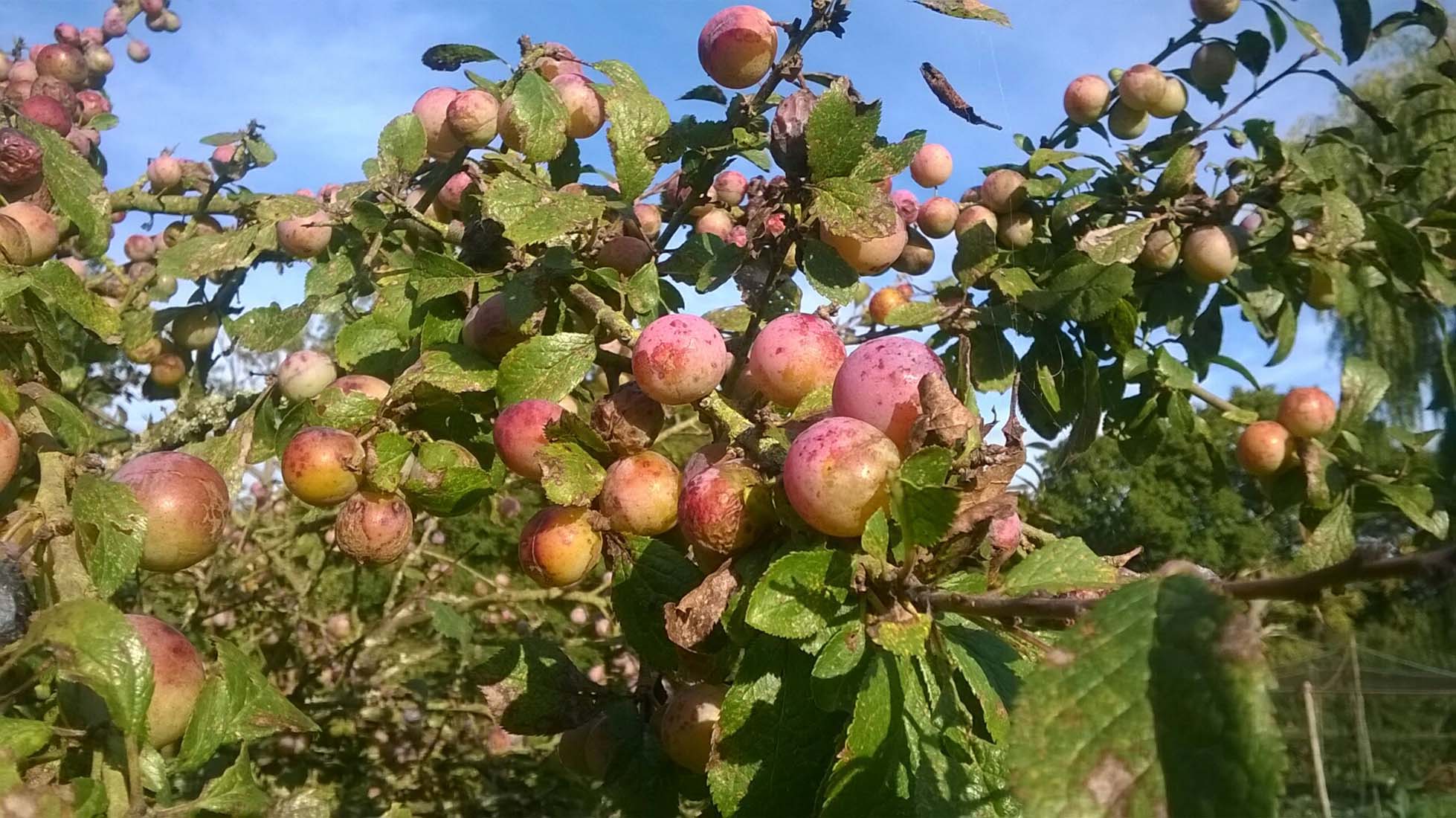 There’s nothing wrong with these approaches if you’re not too bothered about getting a decent fruit crop. You may well want to prune for aesthetics, in which case the toffee-apple could be the way forward. Espalier is when you prune your trees along horizontal wires, often seen in walled gardens. If you’ve a really old decrepit tree, you might just want to reduce its weight so it doesn’t fall apart. However, if your eye is on the prize of a good crop, read on……

The shape of your fruit tree

An old fellow told me, “You want to be able to throw your hat through the crown of a fruit tree”. At the time, I had no idea how throwing my hat through the crown was supposed to help. Years later, I met an expert from Brogdales, the National Fruit Tree Collection”, who taught me how to prune. I’ve been following his advice ever since and have enjoyed a good ten years cropping.

Basically that old fellow with his hat was right. With apples and pears you want your crown to be goblet shaped. A ring of branches rising off the trunk with a hollow crown. And for the cherry family (prunus) – plums, greengage, damson etc, you want it to be champagne flute shaped – not quite as wide as the goblet.

When should you prune?

There’s different schools of thought on timing to be honest. Everyone used to say winter for apples and pears, and late summer for the cherry family. Winter still stands for apples and pears. This is because you are cutting whilst the sap is down. The sap is the life-blood of the tree carrying the nutrients backwards and forwards between leaves and roots. Once the leaves fall off in the winter, the tree is pretty dormant and there’s not much sap moving about. However, in early spring the sap starts to rise, pushing energy along the branches to kick start leaf growth. It stands to reason that if you cut that sap filled branch off, you’ve wasted the trees energy. The wound will bleed sap in the summer, which is a delicious meal for fungi, bacteria and insects. You will be putting your tree at increased risk of disease by cutting it whilst the sap is flowing.

I’d say prune your apple and pear trees between Christmas and mid Feb. If you leave it until March the sap could be rising, especially in southern England. For the above reasons, there is more of a consensus that thinks it’s better to prune cherry species,  (plums, damson, greengage etc), during the winter too, despite decades of advice to the contrary. I prune my cherry species in the winter, but best you read up on it and make up your own mind.

Steady on there before you reach for your chainsaw

Before you reach for your chainsaw and get stuck in with gusto, go steady with old veteran fruit trees. You need to play the long game or you could severely shock, or even kill your tree if you hack too much off at once.

If the tree is healthy, a rule of thumb would be to cut no more than a third of its branches off in any one year. I’ve got a big old Bramley in my garden that has taken me nearly ten years to get into the shape I want it. Start with hollowing out the middle of the crown before you worry about the branch wood around the outside.

Let’s assume your tree is already the right shape. A nice goblet shaped apple tree or champagne flute shaped plum. So what do you prune around the outsides? In a nutshell, branches that are three or four years old bear more fruit than any others. So if you went round your tree and snipped off  between a quarter and a third of the older branches you should end up with some really productive stems, along with the younger generation to follow on. Obviously, don’t prune your quarter to a third all from one side. Prune them evenly so the branches aren’t competing with each other for light. 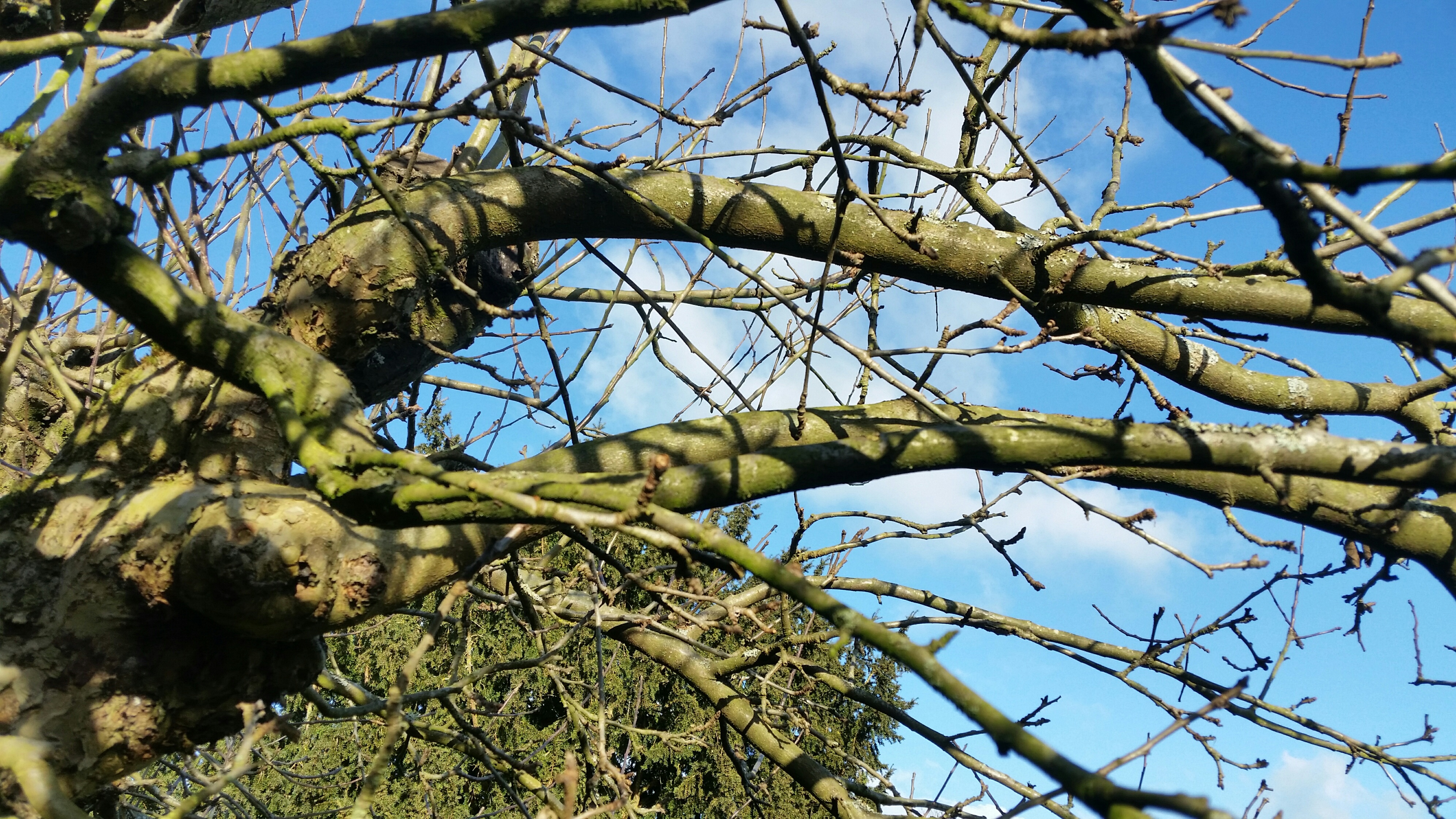 After a couple of years of heavy production, the weight of fruit on your goblet shaped crown will bend the branches down. At this point they’re probably about as thick as your wrist and over four years old. Time to trim them back to give the next generation a turn. If you leave them, those older branches won’t produce as much fruit as they did when they were younger.

If you’re pruning a sapling, it’s called ‘formative pruning’. Basically you won’t need anything bigger than a pair of secateurs to snip off the odd branch or bud here and there. Keep thinking of that hollow middle in years to come.

If you’re cutting a small branch off a main bough, you want to cut a few millimeters from the junction. Each branch has a kind of swelled-out bit where it joins another. This swelled-out bit contains cells that will help to heal the cut. If you cut too close you’ll cut away the healing cells, and if you cut too long, the cells won’t heal effectively. 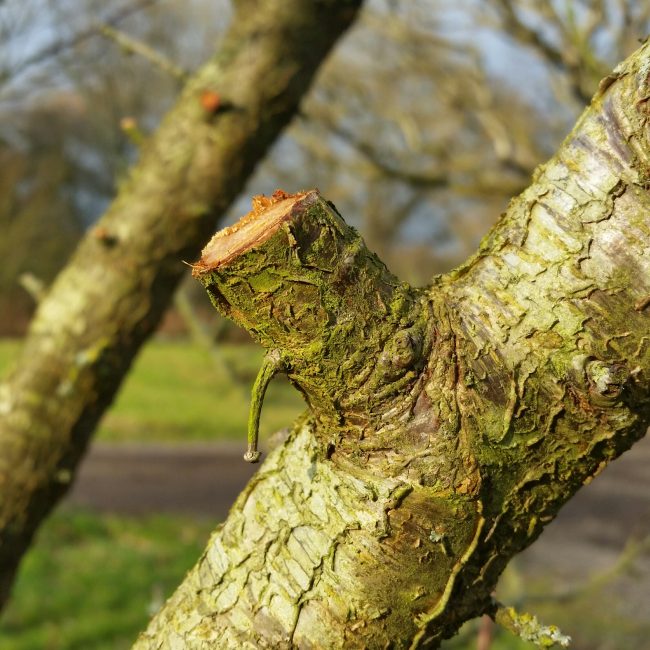 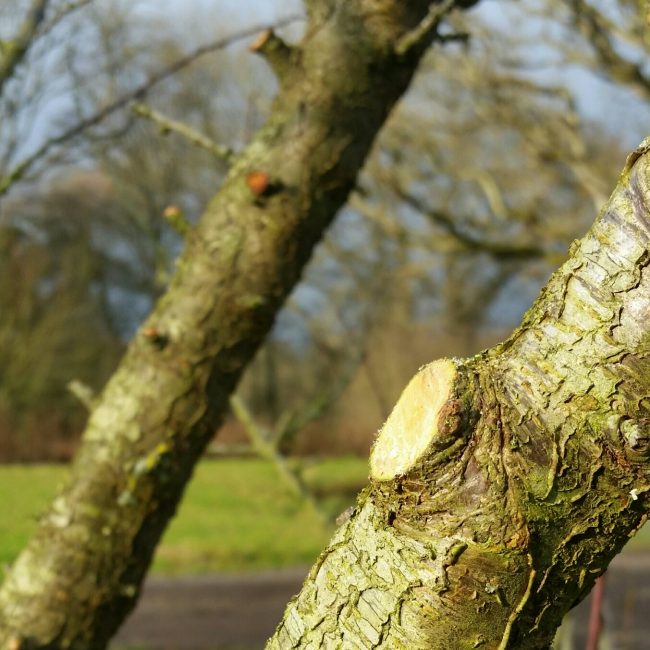 If you’re cutting the end of a branch off, try to cut just beyond a shooting stem. This will ensure the tree continues to send energy along the branch to the stem, reducing the likelihood of rot setting in. 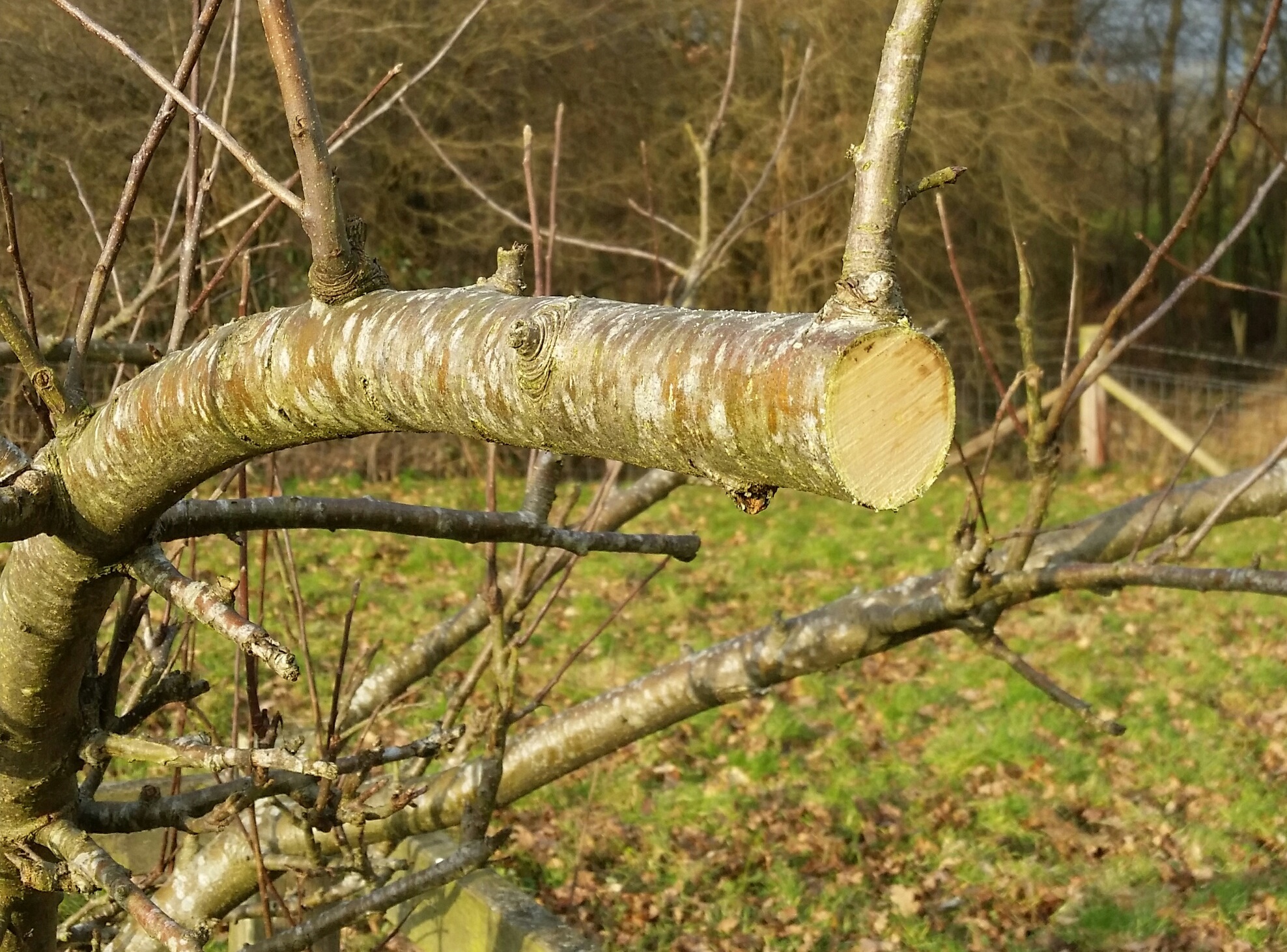 Try not to scar your tree with a sloppy cutting as some apple trees are particularly prone to disease. Do your best not to spread disease too. If you’re pruning diseased wood off one tree, clean your kit before you move to a healthy tree. 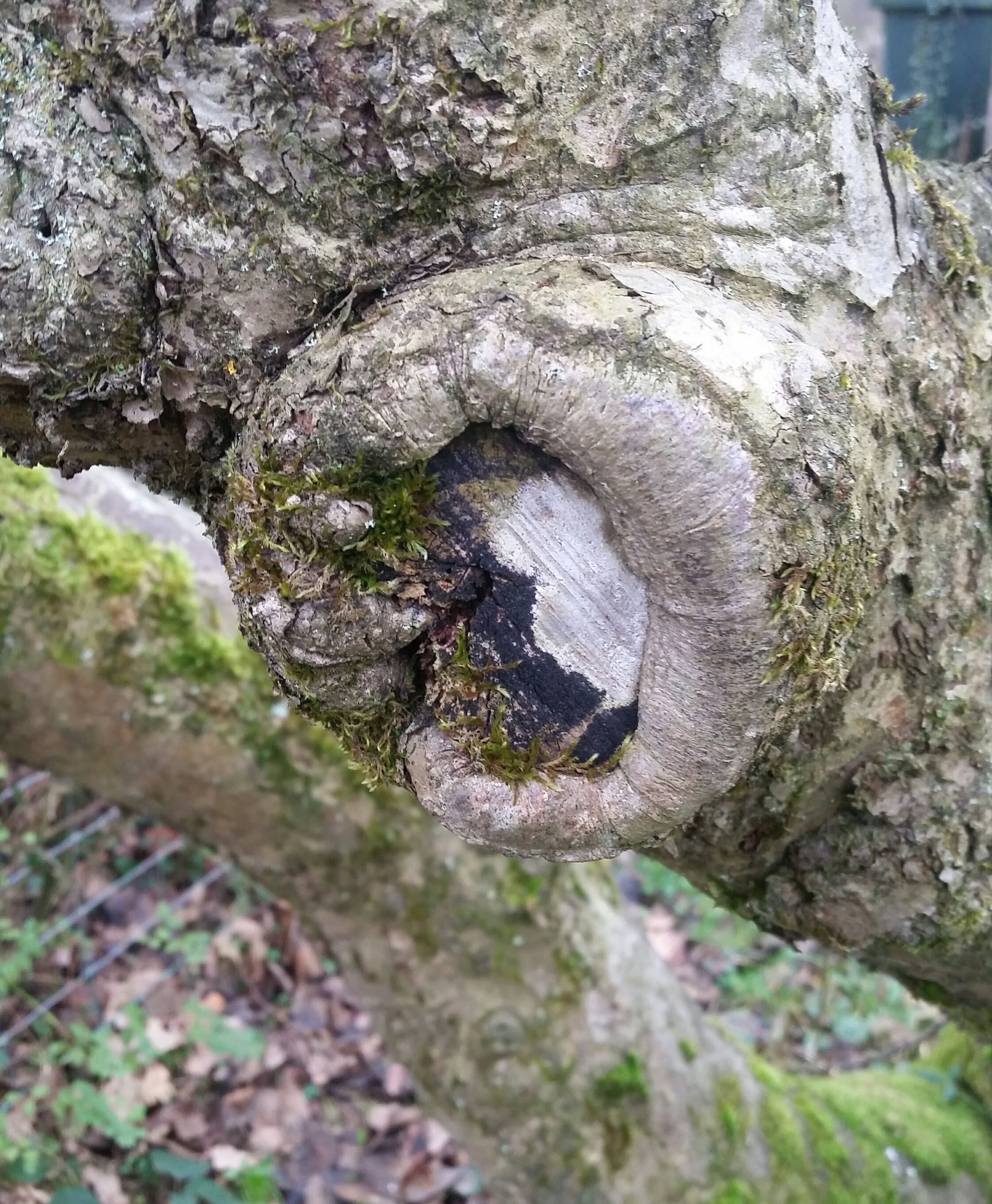 Literally Reaping the Fruits of your labour

Hopefully the late frosts are kind and you don’t lose all your blossom. In early spring you see your little fruitletts forming. As the summer goes on you watch them swell into sumptuous fruit. There’s no better apple than one you freshly pick from the tree. More crispy and sherbety than any retailer can provide. 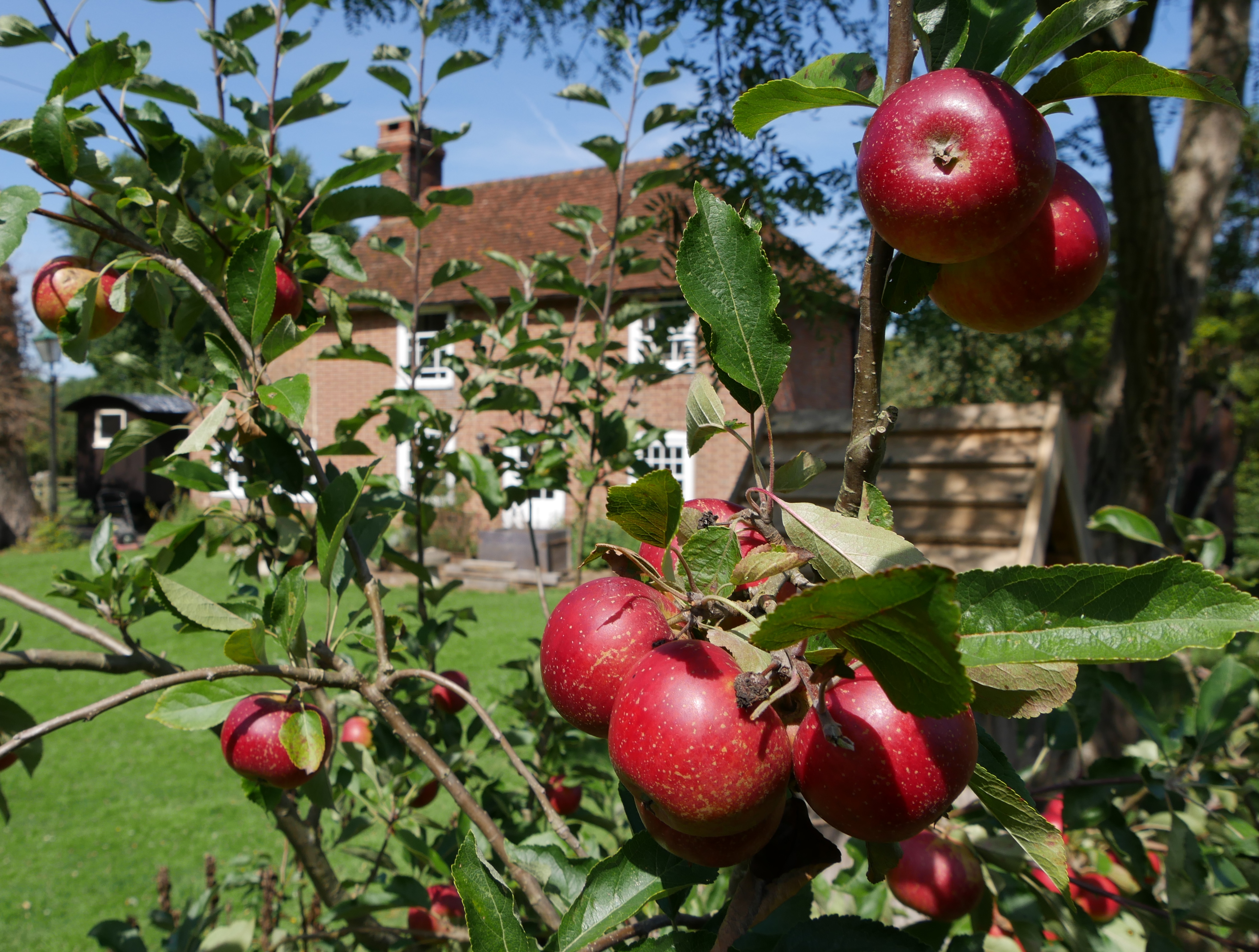 Well, I say there’s nothing finer than a freshly picked apple, …..unless you make cider out of them. A pint of cold cider on a summers day takes some beating! See my cider making blog if you fancy having a bash at that. 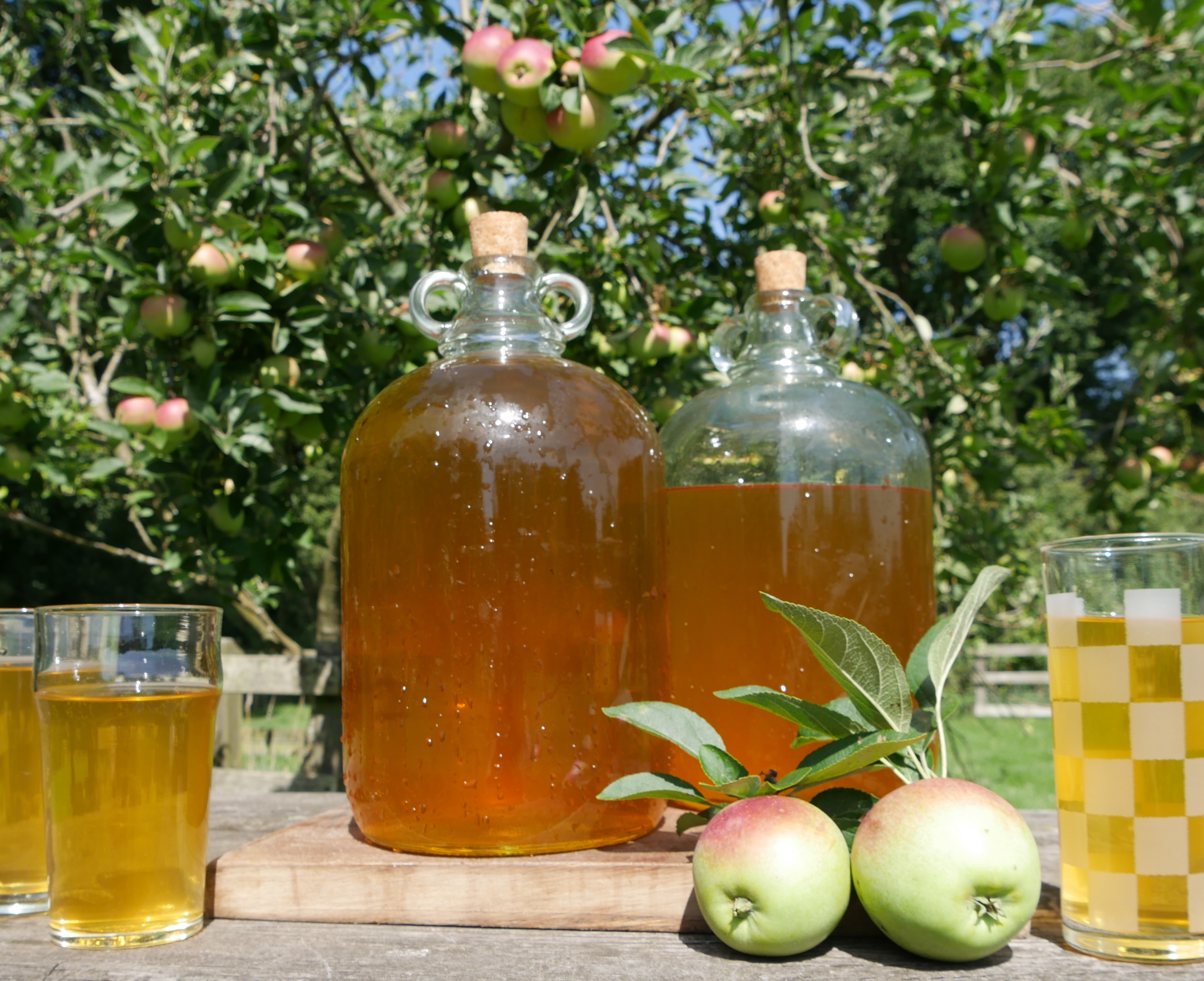 I’m happy to give advice or prune your trees for you if you can’t be faffed. Contact me on info@conservationandaccess.co.uk

2 comments on Pruning your Fruit Trees