Making Your Own Little Meadow

Doing more for nature by taking it easy

It’s got round to the grass cutting season again and if your lawn is like mine, it’s romping away. Instead of mowing it all, have you ever considered leaving a bit for wildlife. Less mowing in the name of wildlife conservation – talk about a win – win!

In the UK we have lost a staggering 95% of our species rich meadows. As farming became more professional, the relatively unproductive meadows made way for intensive cropping. Gains in productivity have led to losses in wild flowers, insects and birds that depend on the traditional rich hay meadow? 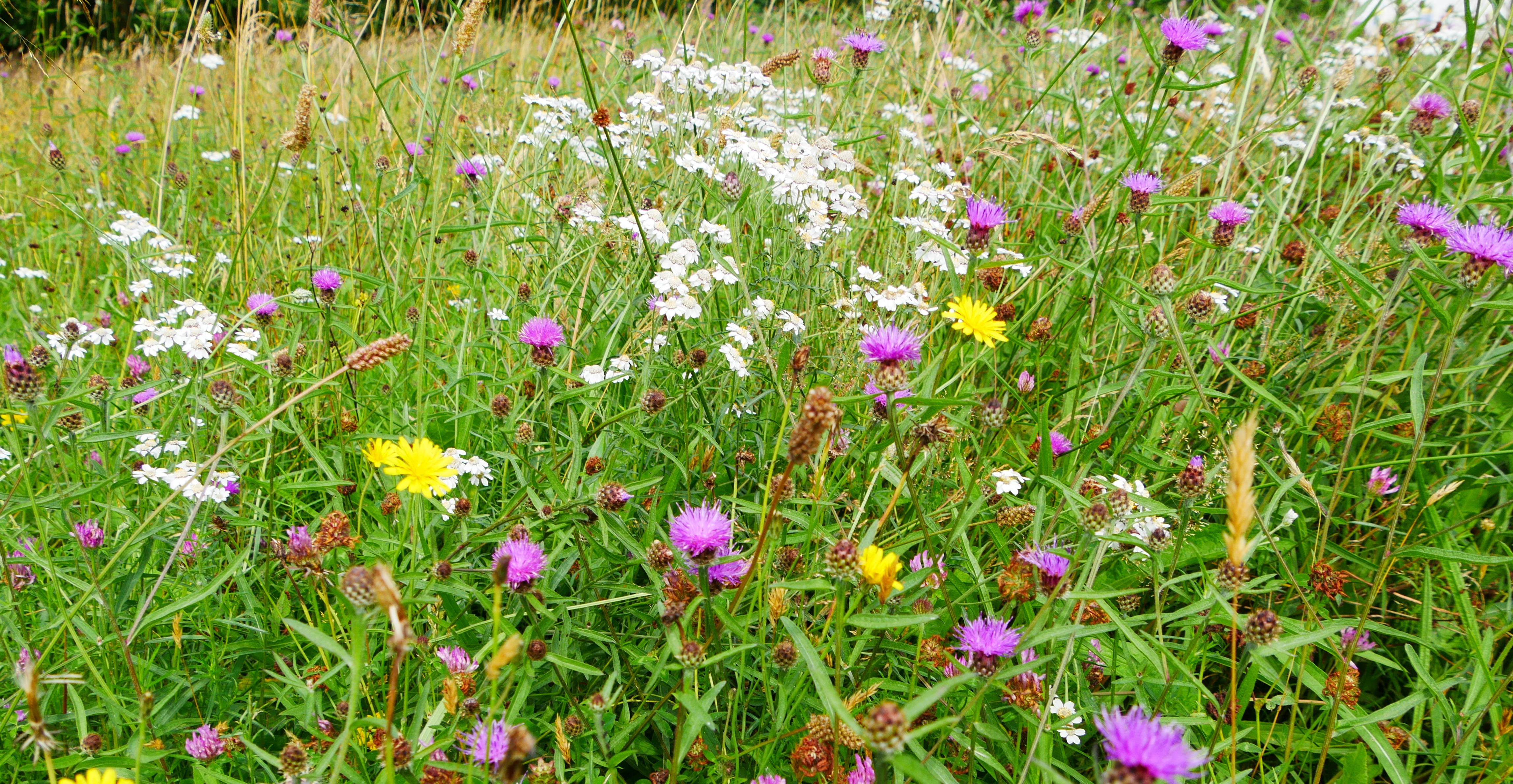 The European and UK government have recognised this sad loss and have offered farmers grants for the maintenance and re-introduction of hay meadows under the Stewardship Scheme. If you’ve got a lot of land, this might be worth considering. But even if you’ve only got a lawn, you can create a valuable little meadow for wildlife and yourself to enjoy.

A joy to behold

If you ever get the chance to wander through a flowering meadow on a sunny summers day it’s a joyous sensory experience. There are so many colours, sounds, smells and textures. Give yourself half an hour to really take in the sights and sounds of our native flowers; the grasshoppers and crickets rasping and jumping; bees and butterflies enjoying the nectar and harvesting the pollen; maybe a skylark or kestrel overhead. A species rich meadow is literally buzzing with life everywhere you look. It’s so uplifting to spend some time in one. Go on….treat yourself this summer! 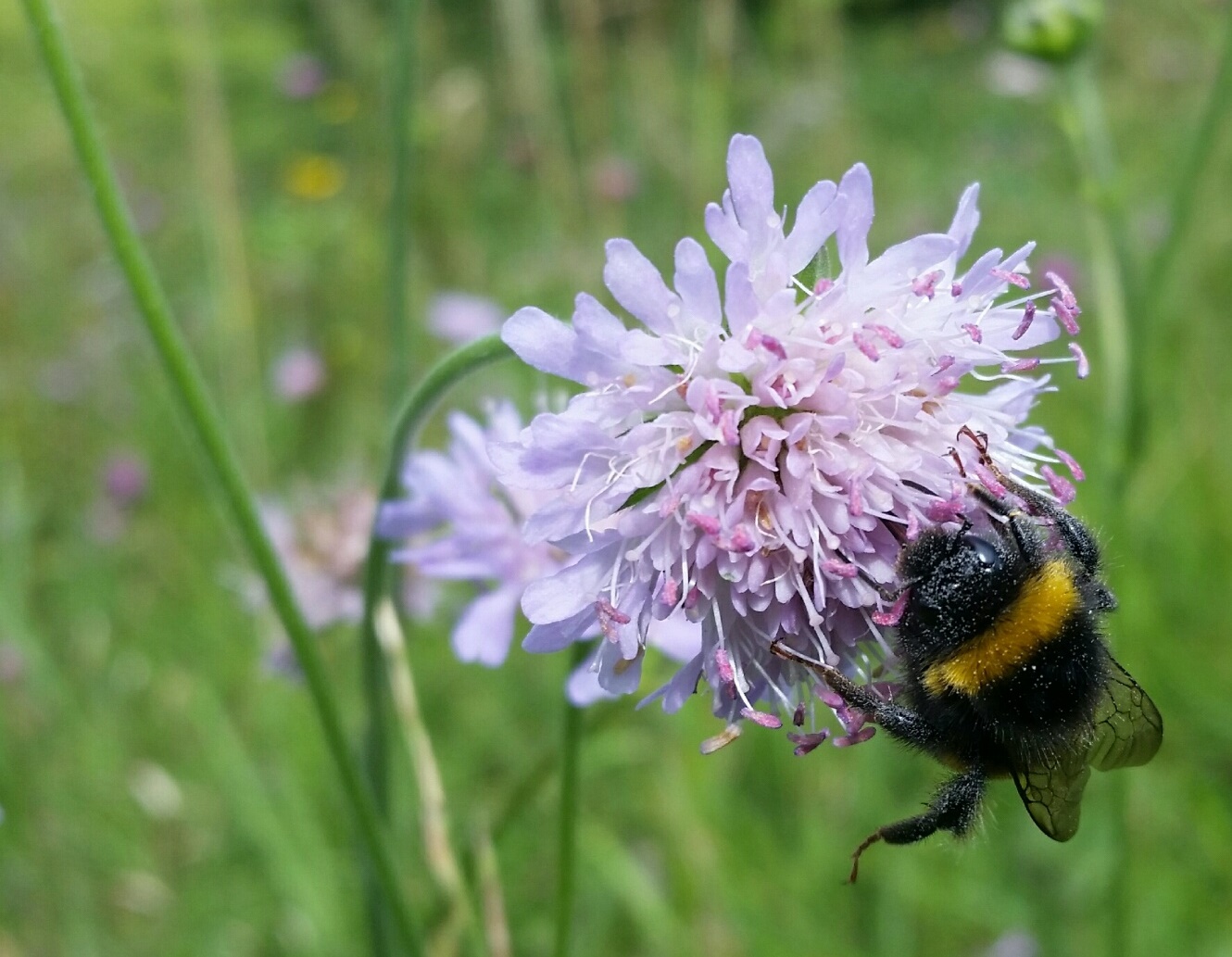 Creating your own Meadow

Size isn’t important. Anything is better than nothing, so if it’s a little corner of your garden or several fields, it’s still worth doing. You’ll be amazed at the results within a few flowering seasons.

So here are the principals in creating your species rich wild flower meadow;

Yep, I know that goes against almost everything the gardener and farmer thinks about growing things well, but in this case less is definitely more! Give me minute to explain. Ideally you’d like to encourage as many species into your turf as possible. Some of those species are more delicate and fragile than others. If the soil is really well fertilised the stronger and more vigorous grasses will out-compete the delicate, less competitive, herbs and flowers. The low fertility stops those dominant plants from completely taking over. Everything has a chance to flourish. 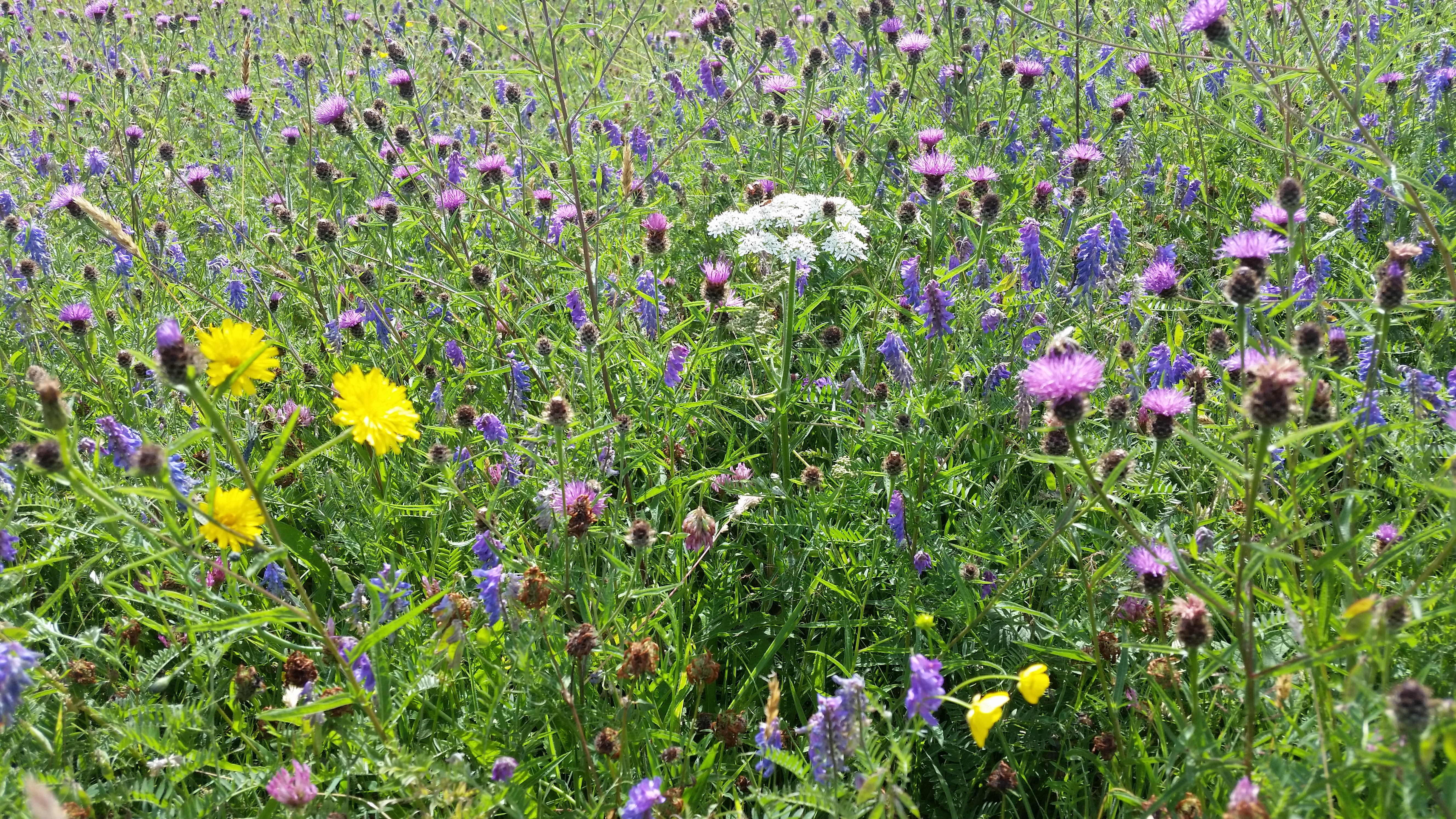 Give your mower and yourself a rest.

Enjoy your meadow area until late summer/autumn when your flowering plants are going over. This should allow the annuals time to spread some seed for the following year.

Having said that, there’s no harm in mowing some paths through your meadow if it’s large enough to do so. The varied heights of grass are fabulous for all sorts of creatures. You’ll get butterflies basking on the short turf and if you’re really lucky maybe even a lizard. It will be easier for barn owls and kestrels to hunt small mammals in shorter grass. It’s great to have a bit of diversity in your meadow area. The conservation word refers to is as a three dimensional sward.

You might need a bigger mower or lift your garden mower onto its highest setting to cope with a season’s growth in the autumn. 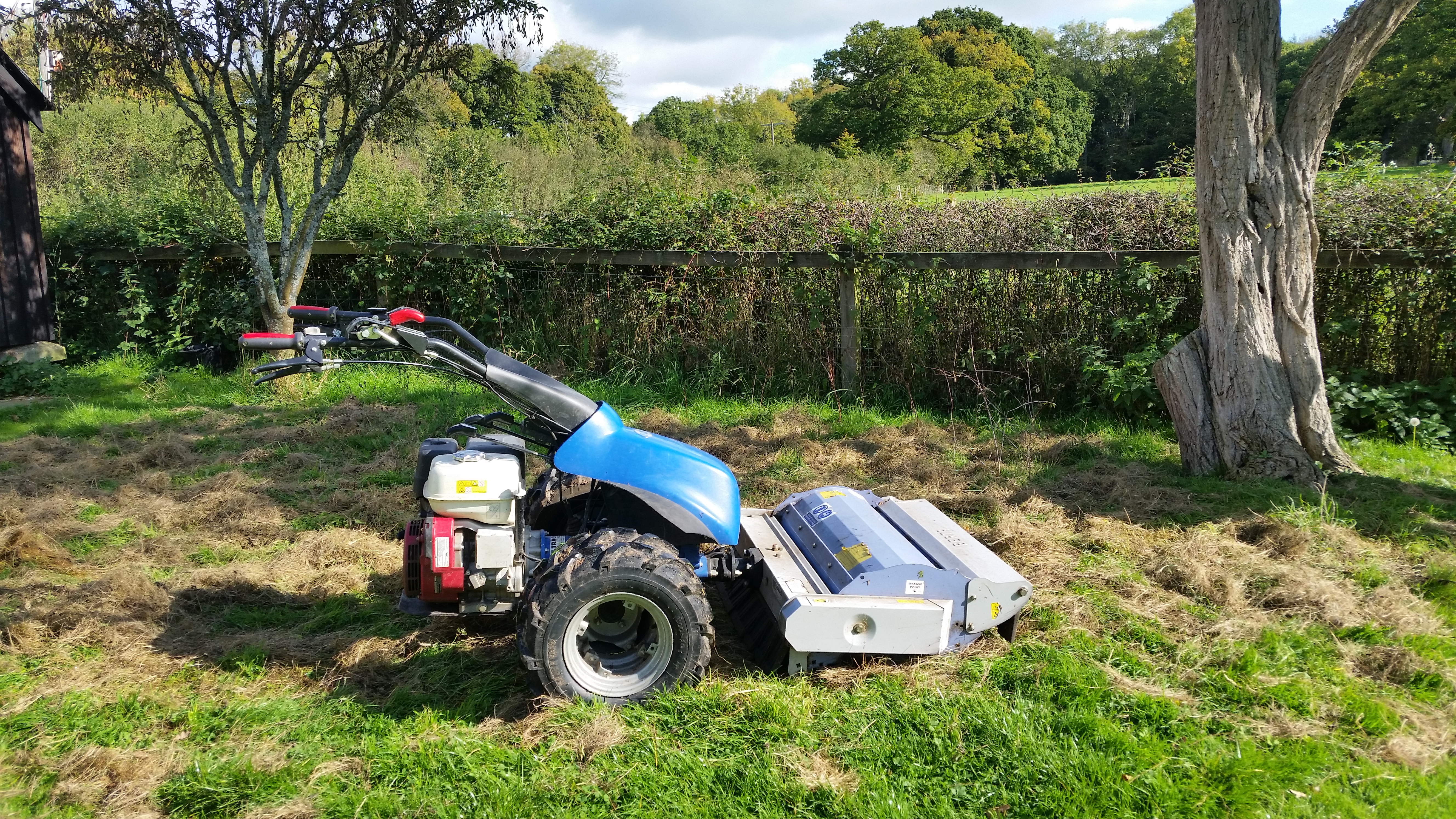 Rake up after you’ve mowed.

So having enjoyed your meadow all summer you’ve finally mowed your meadow in the autumn. There’s likely to be quite a bit of cut grasses and spent flowers that have gone through your mower. If left on the surface it will rot down and fertilise the ground. Remember what we said about fertilising your meadow land – it’s a bad thing. It will also create a thatch/mulch that might prevent spring plants from growing next year. 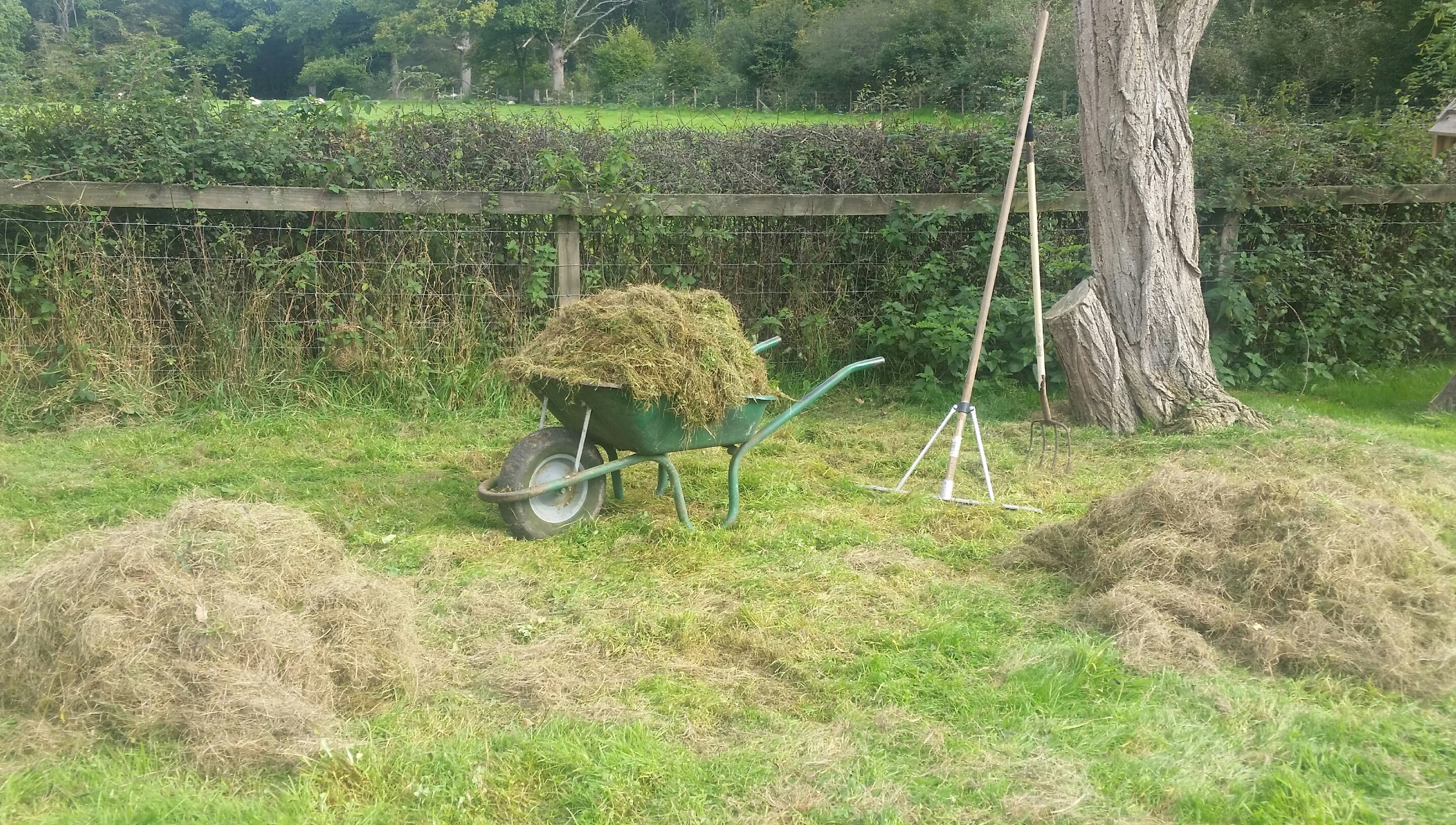 Ideally you’ll leave your mown grasses and flowers on the surface for a week or two in the sun. This ensures they’ve dropped all their seeds before you rake them up and take them away. If you think about it, that was always the traditional way of making hay. You can feed your hay to livestock if you have them or compost it for the veg patch. Over the years the fertility of your soil will reduce as you continually remove the season’s growth.

You can give your grassland a head start by sowing some seeds into it. There are plenty of garden centres and sites on the internet that’ll sell you a wild flower mix. By all means, give that a go if you like, but the flowers that survive will be largely down to soil type and the conditions where you live. One of the better ways of establishing a good species rich sward is ‘haying’. 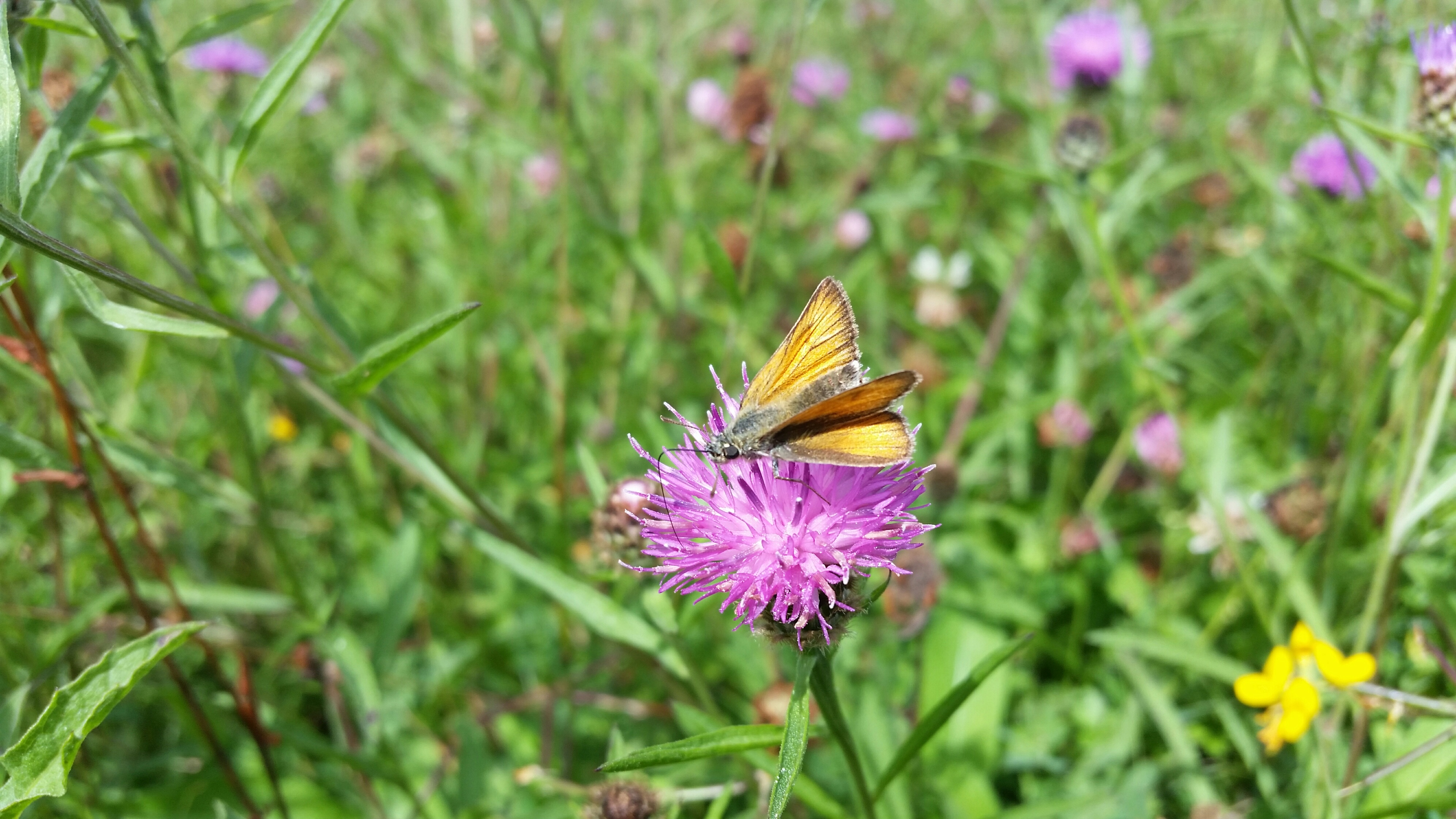 Find a lovely species rich meadow as close to the place as you live as possible, and certainly on the same soil type. Then do a deal with the landowner to allow you to cut and remove a few bales or sacks of his crop in late autumn. You spread that species rich hay over your own meadow area and leave it for a few weeks drop its seeds. Give it a good shake with a pitch fork to release more seeds and rake off the excess. Rake it pretty thoroughly, or even better, harrow it to create some bare ground that your seeds will fall into. That should give your meadow a kick start next year.

There is a star of the show if you can get it to establish, and that’s yellow rattle. You know how I said low fertility prevents dominant grasses taking over? Well yellow rattle is parasitic on grasses so it’ll help do the same job. 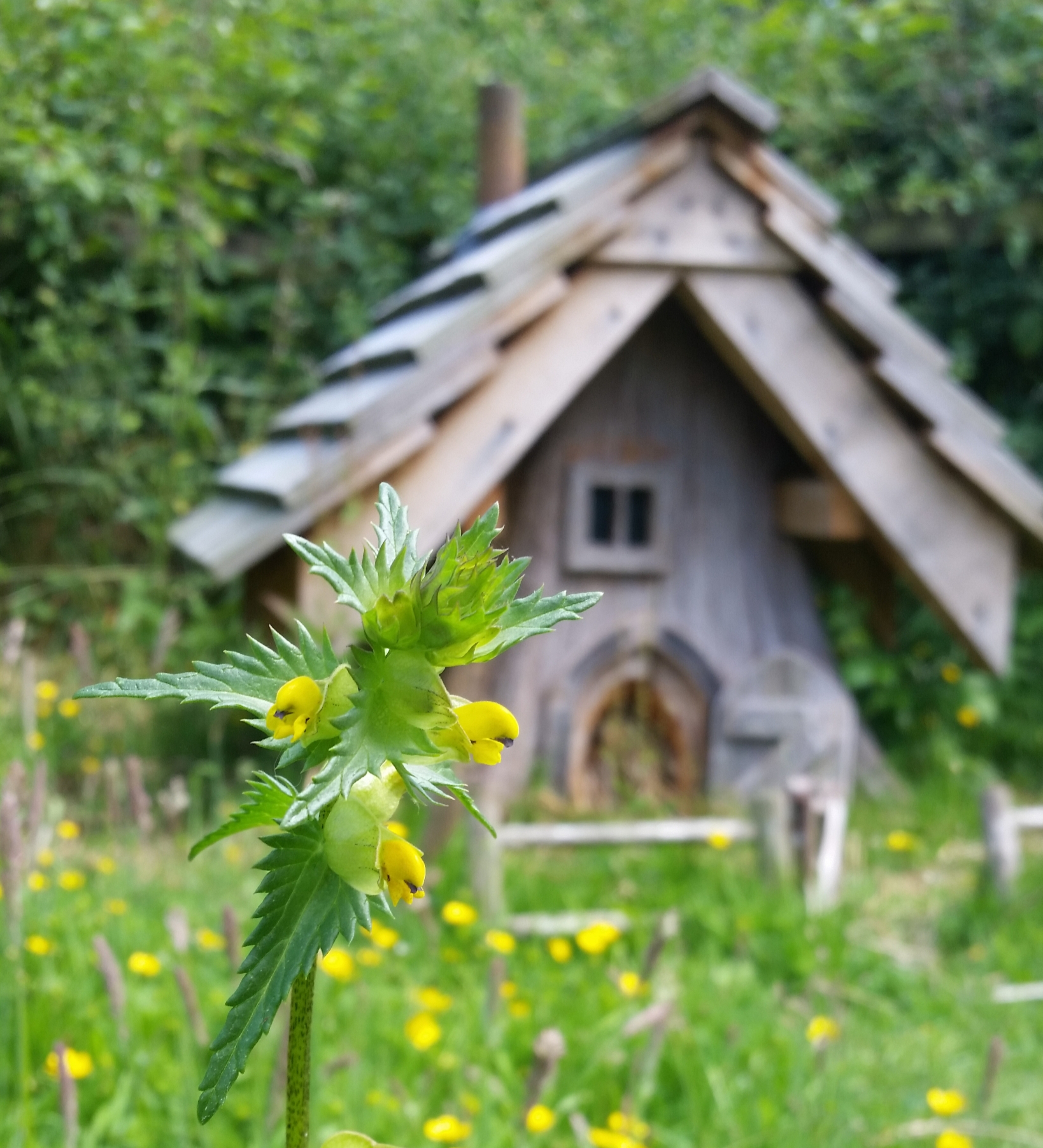 Yellow rattle in front of my hedgehog house

It might be worth buying some seeds and broadcast them into your meadow in June and July to replicate the wild plants seeding.

Don’t be tempted to dig your meadow over and start again. Just leave it and see what happens. I know a local common of several acres that was mown every couple of weeks like a garden lawn. It had been mown like that for decades. It looked like a sports pitch and was made up of just four or five species of grass. We suggested just mowing around the edges and leaving the rest as meadow. Ten years on and the transformation has been incredible! Every year more and more common spotted orchids grow on it and it’s alive with flowers and insects. 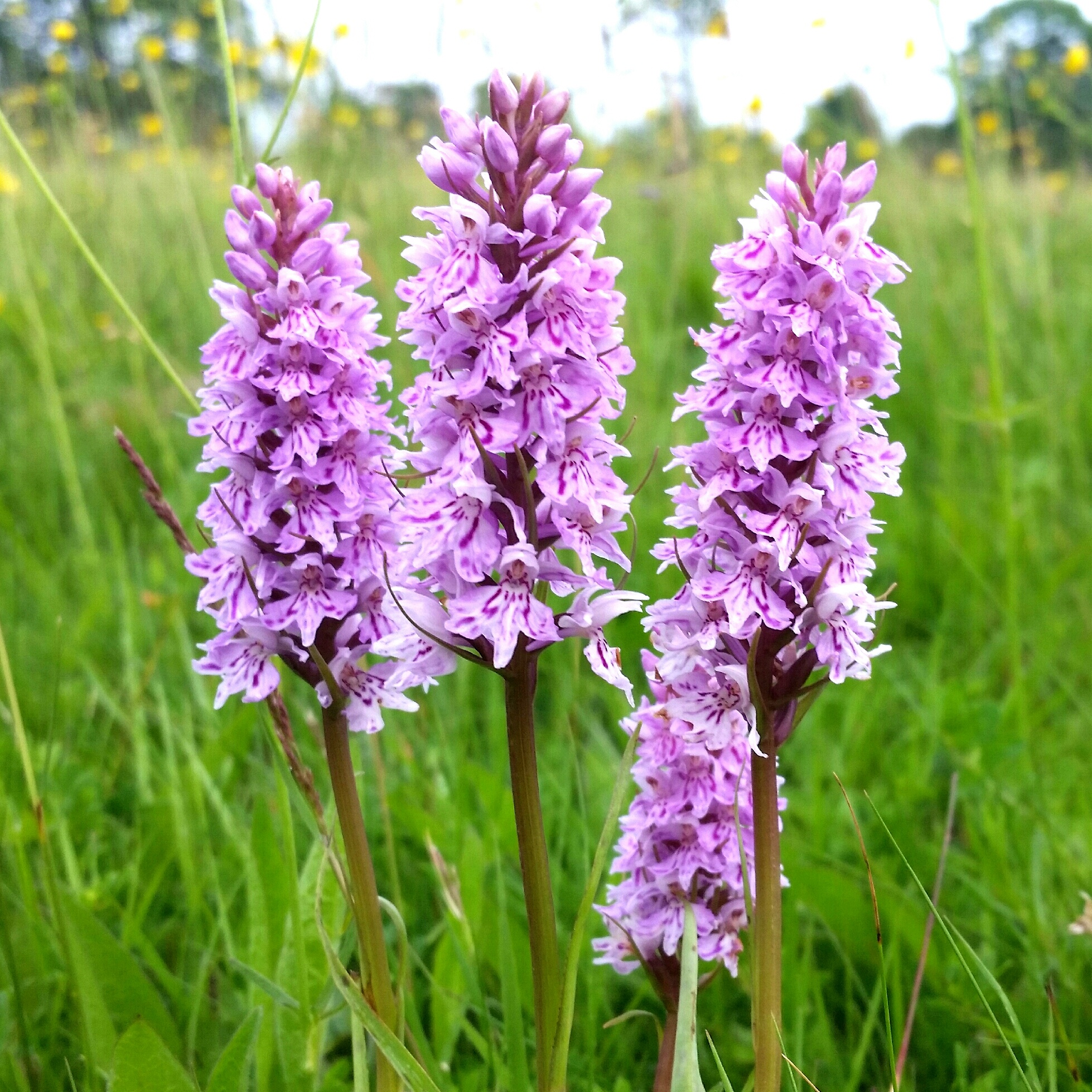 If someone had predicted it would be so biodiverse in just ten years I’d have scarcely believed them. I spent an hour in it last autumn and it’s that experience that motivated me to encourage everyone to create a little bit of meadow if they can.

We are always happy to help in any way we can, whether that’s advice or helping you get started. We can match your soils with those of local species rich meadows and can approach landowners for you. We can do your mowing and raking if you’d like us to. What ever you need, feel free to drop us a line and we’ll get back to you.

Drop us a line at info@conservationandaccess.co.uk